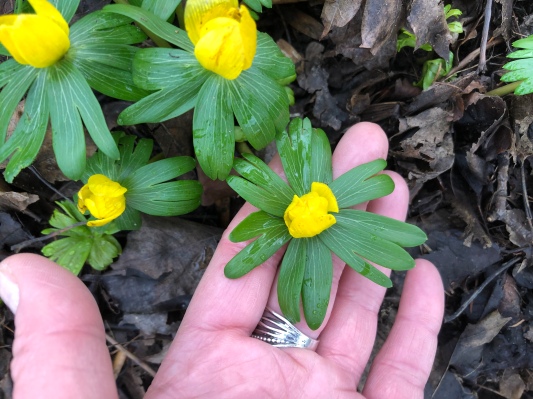 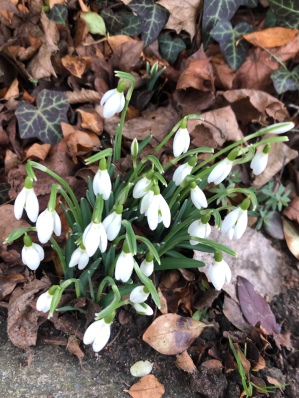 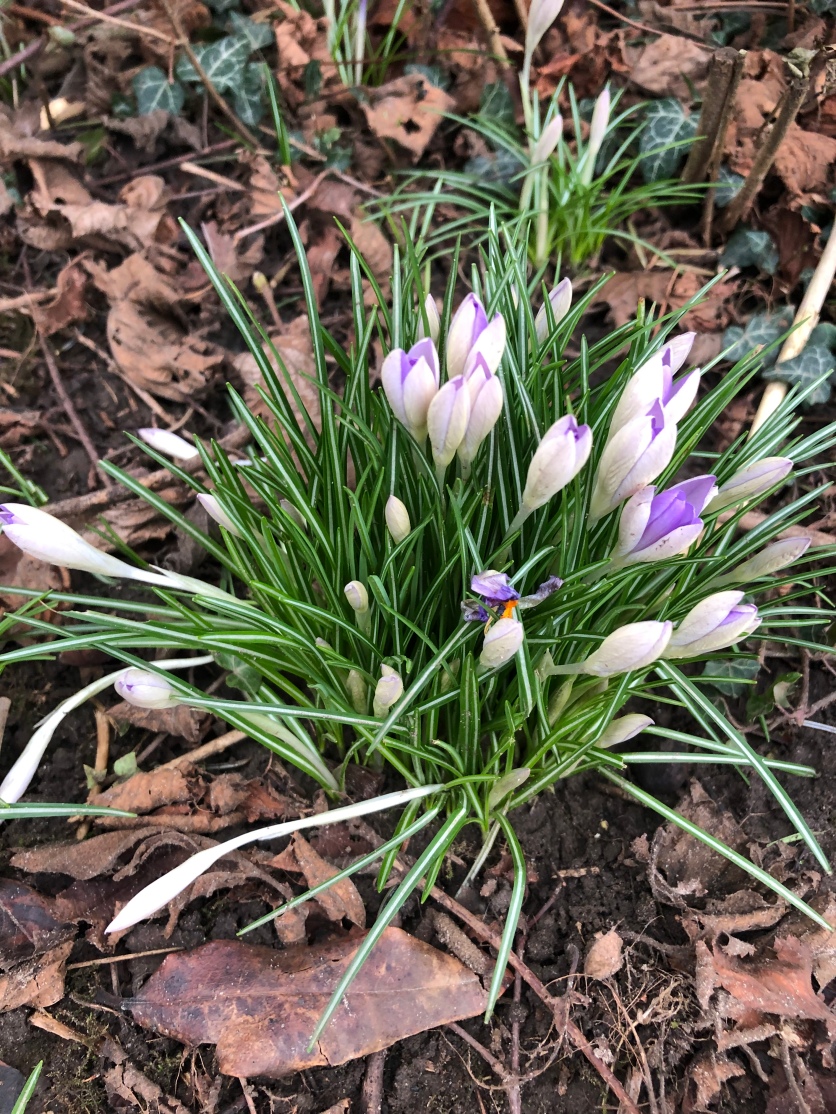 One of the many benefits of walking dogs is that I get to see how the landscape and countryside around me change with the seasons, and in his column from 24th February 1979, Dad refers to February as the ‘Gateway of the Year’ because we begin to feel the hint of warmth in the sunshine, become aware of increasing birdsong, and really start to feel that Spring is just around the corner.

Snowdrops, crocuses and winter aconites have been around for some time now, and when I first spotted them, they really lifted my spirits. A bloom I start to notice around this time of year is the lesser celandine, which is a gorgeous little wild flower with a bright yellow, star-shaped head that you find in clusters, often in shady woodland or under hedgerows (although it can be a rampant pest in a domestic garden).

Despite looking rather delicate, with glossy, heart-shaped leaves, they are a resilient little species, and folklore has a number of interesting associations with them. Its name derives from the Greek word ‘khelidon’, which means ‘swallow’, and it was possibly the ancient Greek philosopher Theophrastus (BC 371-289) who first made mention of it in relation to the bird. The plant’s growing cycle was supposed to mimic the migration of the swallows, which would arrive in Greece as early as February, and then leave again in October.

But as I was researching this article, I found that there is another plant called the greater celandine which, despite the similar name, comes from a different family of flowers altogether. The greater celandine is from the poppy family while the lesser celandine is related to the buttercup. As the lesser version flowers about a month before its larger namesake, my question is, which one was Theophrastus referring to when he said it mimicked the migration of swallows?

I’ve checked, and both plants grow in Greece, and swallows have been known to arrive in Greece from late January, so I think it is probably the lesser version. But to be honest, I don’t really have a clue, and I’d have to speak to a Greek horticultural expert to get a definitive answer (if you know one, please ask them to get in touch!).

The lesser celandine is abundant in this country, which our queen bees will be delighted to hear as they, and other insects, rely on it as one of the year’s earliest providers of nectar. After a long winter of hibernation, ready sources of nectar are vital for the queen to thrive and establish her colony. As she will have mated before hibernation, she will seek out a suitable nesting site, and produce offspring in early summer which then become the worker and drone bees.

The lesser celandine also contains vitamin C, and in days gone by was given to those suffering from scurvy. It can be eaten as a salad, but I recommend you speak to an expert forager, as apparently, if it is too advanced in age, the leaves become poisonous.

The flower also has a reputation as a remedy for haemorrhoids which stems from the appearance of its tubers which resemble the unfortunate condition (try Googling images of lesser celandine tubers and see if you agree!). Knowing that, you can understand why in some quarters it is referred to as ‘pilewort’.

In the 1979 column I mentioned earlier, Dad reflects on what it might be like in a world without the sights and sounds of the countryside coming alive as Spring approaches. He asks if a silent, dead world like this could ever happen, and then answers with a phrase that I think is very relevant today: “It could happen because man refuses to believe that it can.”

He talks about the effects of pesticides on insects and birds, and the disappearance of many of our hedgerows that provided sustenance for so many of our native creatures. He says that we, as a country, were upsetting the natural balance which nature created, and concludes that we could not yet know the long-term impact of our actions.

“With all his knowledge, man is unable to know the precise part played by any animal, insect or plant. Only nature knows that, for it is all part of evolution,” he says.

Forty years on, Dad’s concerns are being proved right, with worrying statistics about the decline in our insect population and its far-reaching implications. Let’s hope we can restore nature’s balance before it is too late.

EE’s daft as a brush

A Rosey year ahead?

A case of dogged repetition

Salt in the wound