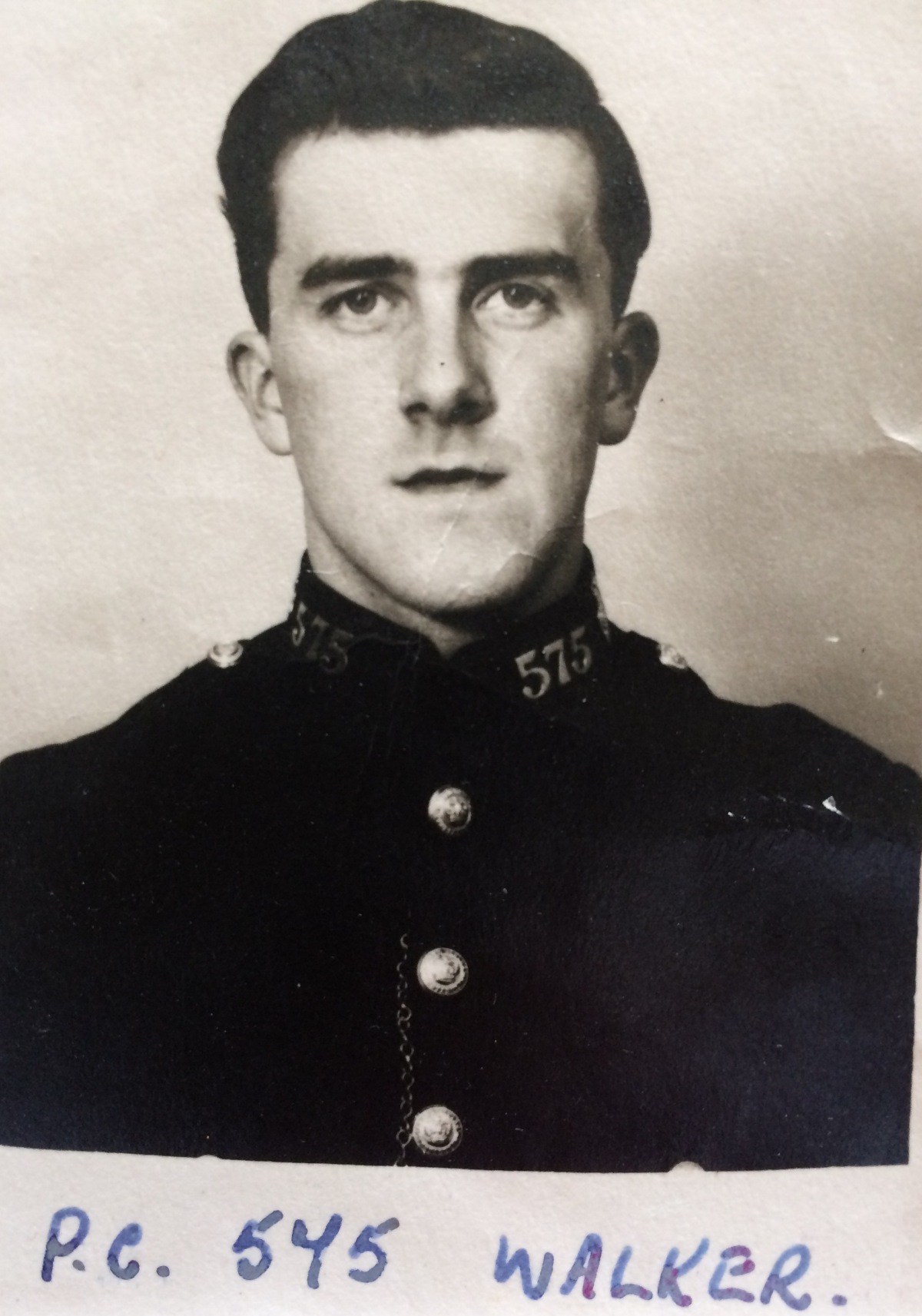 When my dad was a bobby patrolling the streets of Whitby in the 1960s, it was the custom back then that if you were called to a sudden death, you automatically became the ‘coroner’s officer’ which meant you took responsibility for the dead person throughout the whole process until they were released for burial. This would include attending post mortems, investigating the cause of death, liaising with bereaved loved ones and attending inquests. Today, ‘coroner’s officer’ is a role in itself and they can be serving police officers, civilian police staff or local authority employees.

Dad often found himself being sent to sudden deaths because it involved a lot of form-filling, and most officers hated it. But not my dad, as it called on upon his writing and descriptive abilities, and so his colleagues were delighted that he enthusiastically attended these deaths, earning himself the nickname ‘Form 48 Walker’ after the pages-long document that had to be completed each time.

I found an article in his archives from September 1978 in which he writes about the role of the coroner who would have to hold an inquest where there was reasonable cause to suspect a violent or unnatural death, a death from an unknown cause, or a death in prison or police custody.

He uses a word that I had not come across until I read this article. He says of the coroner: “No longer does he concern himself with deodands.” I had no idea what a ‘deodand’ was.

Dad explains that ‘deodand’ was a word first used in the 11th century and since the earliest days of coroners. It referred to the item that caused, or was responsible for, the death of a person. It could be a knife, a gun, a rock or indeed anything! Said item would have to be forfeited, and as such, was under the supervision of the coroners (I did wonder what happened if bare hands were used to strangle someone. How would they be forfeited?).

A 1227 record reveals that a man was killed by a cart that was drawn by two horses with a pig on board, and the whole lot was declared ‘deodand’, although more often it was just a wheel that was confiscated, as defects with those were often the cause of carting accidents.

The idea was that the offending item would be given to God, and hence the name, as ‘Deo’ means ‘God’ in Latin, and ‘dandum’ means ‘to be given’. The Church would then decide how the deodand could be used to help the relatives of the deceased, perhaps by selling it and giving them the proceeds.

Over time, instead of confiscating the deodand itself, a monetary value would be assigned to it, which had to be paid, a bit like a fine these days. The Crown eventually took over the role, and the deodand system continued until relatively modern times, although it was open to abuse, and the money would often never end up where it was supposed to go, but disappeared into the coffers of corrupt officials.

As modes of transport became more sophisticated, the system faced potentially complicated situations. For example, what would they do if a ship sank killing its passengers? Or as the age of the steam engine dawned, what would happen if many people died in a train crash? The engineering advancements of the modern era made the system extremely complicated, and following a number of sky-high judgements against train operators, which put the whole system at risk of collapse, Parliament abolished the practice in 1846.

Dad had a lot of tales to tell around deaths that he dealt with when he was a bobby, some sad, some shocking, some morbidly funny and some just downright bizarre. I hope one day to collate them all into a book as they really do deserve to be heard.

The one that most sticks in my mind is about the first time he had to go to a mortuary. As Dad walked in, he was greeted by a sight that never left him.

The mortuary attendant was perched on the edge of a table next to a bowl of recently excavated entrails casually reading the paper. He greeted Dad, then leaned towards the cadaver in front of him and, from a lunch box balanced on the unfortunate dead man’s chest, pulled out and began to eat a large scotch egg.