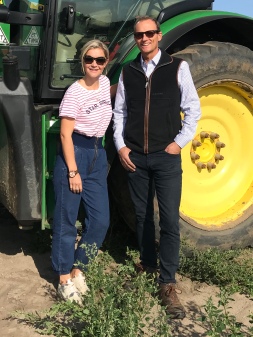 An apple a day…

A friend of mine owns a commercial carrot farm, and he was featured on Countryfile this week, explaining that his yield is 30% less than last year (which by contrast was very good). He sells them by weight, and although those from the early crop were healthily large, the ones gathered so far from his main harvest are less than half the size thanks to the persistently dry weather. The story is the same for other root vegetables like onions, and although the potato harvest is only recently under way, things are not looking good. You have to feel for the farmers who are having such a difficult year.

On the other hand, it has been a good year for our autumn fruit harvest, with very healthy numbers of apples, pears, plums, and blackberries. It seems 1978 boasted similar success in the fruit world. From his October 7th column of that year, Dad mentions that our garden had produced a bumper crop of apples and plums. We had three plum trees, but they hadn’t produced any fruit for the previous ten years which meant that only in 1978 did we discover we had in fact three different varieties – one was a greengage, one a Victoria and the third a mystery, although the plums were large and bluey in colour. Dad wondered if they were Merryweather Damsons, but wasn’t sure.

We also had four apple trees which in 1978 had done very well too although, like we have experienced in recent weeks with storm Ali, high winds meant we had boxes of windfalls to contend with.

It amazes me that, if stored correctly, apples can last several months. They are best kept in a cool, dry, frost-free atmosphere at between three and five degrees Celsius. Apparently, rooms above stables are ideal, as the heat from the horses keeps the temperature just about right. But for those of you who aren’t lucky enough to have a horse, a garage or cellar will do as long as the fruit is kept away from pungent smells emitted by things such as garlic and onions, or paint tins and the like. They don’t have to be covered, but my dad believed the best way to prolong their lives was to cover them with newspaper or straw and lay them in trays so they are not touching each other. This is very important to stop the spread of rot, which can happen if one bad apple is touching another, so windfalls should be pristine with the stalk in tact.

You can also keep them in an unheated bedroom, which were plentiful in the 1970s, although one of those might be hard to find in 2018 among us unhardy, central-heating-loving lightweights.

I would worry though, if I were storing fruit, how one keeps the rats and mice at bay as surely, tray upon tray of lovely ripening fruit would attract them into our garages? I’ve tried to find out if there is a foolproof way to deter them, but have not come up with anything failsafe. Obviously, traps and poison are an option, but I was wondering if there was another less severe method.

According to TV presenter and Guardian newspaper columnist Alys Fowler, rats hate the prickly nature of holly, so if you dry it out (it becomes even more prickly that way) and spread sprigs of it in and around your apples, it may help. They are also said to dislike fresh mint and mothballs, so they too might be worth a try.

All this talk of apples reminds me of a stay I had with a friend in London. She was in the middle of preparing dinner and asked: “Is there anything you don’t eat?”

“Only bananas. They’re the one thing I really can’t abide. Their smell, their texture, everything about them, ugh…” I said with a shudder.

“Oh dear,” replied my friend, and continued stirring the caramel sauce which I quickly found out she was making for banoffie pie.

I felt very bad, and tried to hastily remove my foot from my mouth. But I needn’t have worried. Having already made the buttery biscuit base, my resourceful friend covered one half with bananas as planned, but the other with baked sliced apple. It was delicious.

We couldn’t come up with a satisfactory name for this new half-and-half pie, though. Any suggestions? (Sources: hobsonfarming.co.uk, rhs.org.uk)