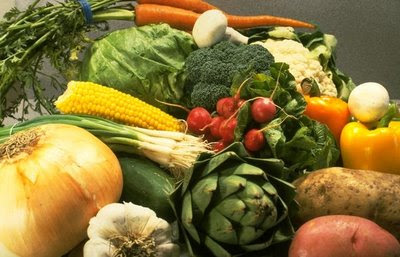 (This column appeared in the Darlington & Stockton Times on 22nd September 2017, & the Malton Gazette & Herald on 20th September 2017)

T’is the season of the harvest festival where churches up and down the land welcome donations from their generous congregations to help people suffering hardship. I remember as a child the altar and window ledges of our local church being laden with fresh produce of the season, including carrots, potatoes, marrows, apples, pears and tomatoes. I also remember oranges, but obviously these exotic interlopers must have been flown in especially for the occasion to provide an extra splash of colourful glamour to the muted hues of our home-grown exhibits.

In his column from 18th September 1976, Dad describes how churchgoers only brought their finest examples which were spruced up and polished to perfection: ‘Somehow the fruit on display looks more tempting that it did at home…It seems the people bring forth their best for this service,’ he says. There’s no doubt that a whiff of rivalry hovered over parishioners who determined whether competing donations were up to standard. Woe betide anyone seen to be bringing in some unfortunate malformed marrow or a misproportioned potato.

I felt similar pressures when my children were at primary school. By then, harvest festival had become more about helping those less fortunate than yourself than about celebrating the bounty of the harvest. I’ve been trying to find out why, and some sources suggest it is because these days, our locally-grown produce ripens much earlier than mid-September. Certainly, the apples in my garden are about done and the blackberries, elderberries and sloes on my dog-walking routes are more or less over. Others suggest it’s because we have lost seasonality in our produce, with growers being able to ripen fruit and veg all year-round with the help of artificial sources of heat and light.

The truth probably lies somewhere between but I’m sure I wasn’t alone in being one of those mothers who could be found digging around in the kitchen cupboard late of an evening after one of the children had told me that they needed a donation for the school harvest service the following morning. We had to provide non-perishable food or toiletries which would be given to the homeless and people living in poverty. These were the days before late-night-opening shops were within easy distance (today’s parents of young children have no idea of the difficulties we suffered!). So it was usually a toss-up between baked beans, tomato soup, or an out-of-date tin of plum tomatoes (bought by mistake instead of chopped tomatoes and left to languish. Who has the time to chop plum tomatoes?). And obviously, brands were always donated before own brand for fear of being thought a cheapskate. I do wonder how many tins of beans, soup and tomatoes ended up on the church altar, and now feel a pang of guilt for inflicting this uninspiring collection of tomato-based foodstuffs on people who couldn’t choose what they were given.

The word harvest comes from the old English word ‘haerfest’ which referred to the period between August and November, now called Autumn. A Rev. Robert Hawker from Cornwall reportedly started the Christian tradition in 1843 by offering communion bread made from the first corn of the harvest, although the festival itself began life as a pagan celebration many centuries earlier.

Dad loved his food, especially a good old Yorkshire curd tart, and so it’s no surprise that for him, the highlight of the festival was the harvest supper. As he explains: ‘The ladies of the village forget their differences and bake mountains of fresh bread, cakes, pies and buns, and these are laid out beautifully on white clothed tables in the village hall.’ According to my mum, after the supper all the produce that had been brought to church would be sold off to raise much-needed funds. Where I live, the annual harvest supper no longer takes place, but I’d be interested to find out if this tradition still persists elsewhere.

I’d be even more interested to know what differences the ladies of my village had to put aside to work together for the harvest supper? Suggestions on a postcard please…

New kit on the block

A pussycat went to sea

From vermin to ermine

All in a game

The justice of Felons